And then I bought an Apple IIe off eBay

WHAT have I done?

Somehow I was just casually browsing through Apple II's on eBay and before I knew it I had purchased an Apple IIe! 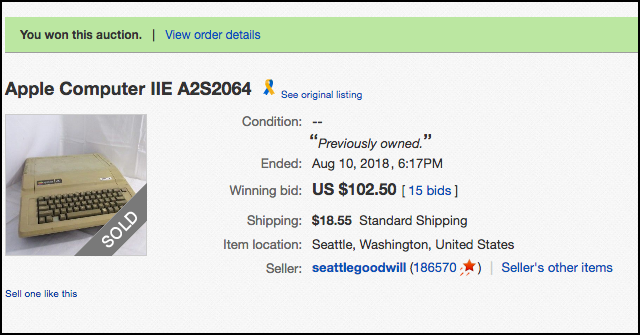 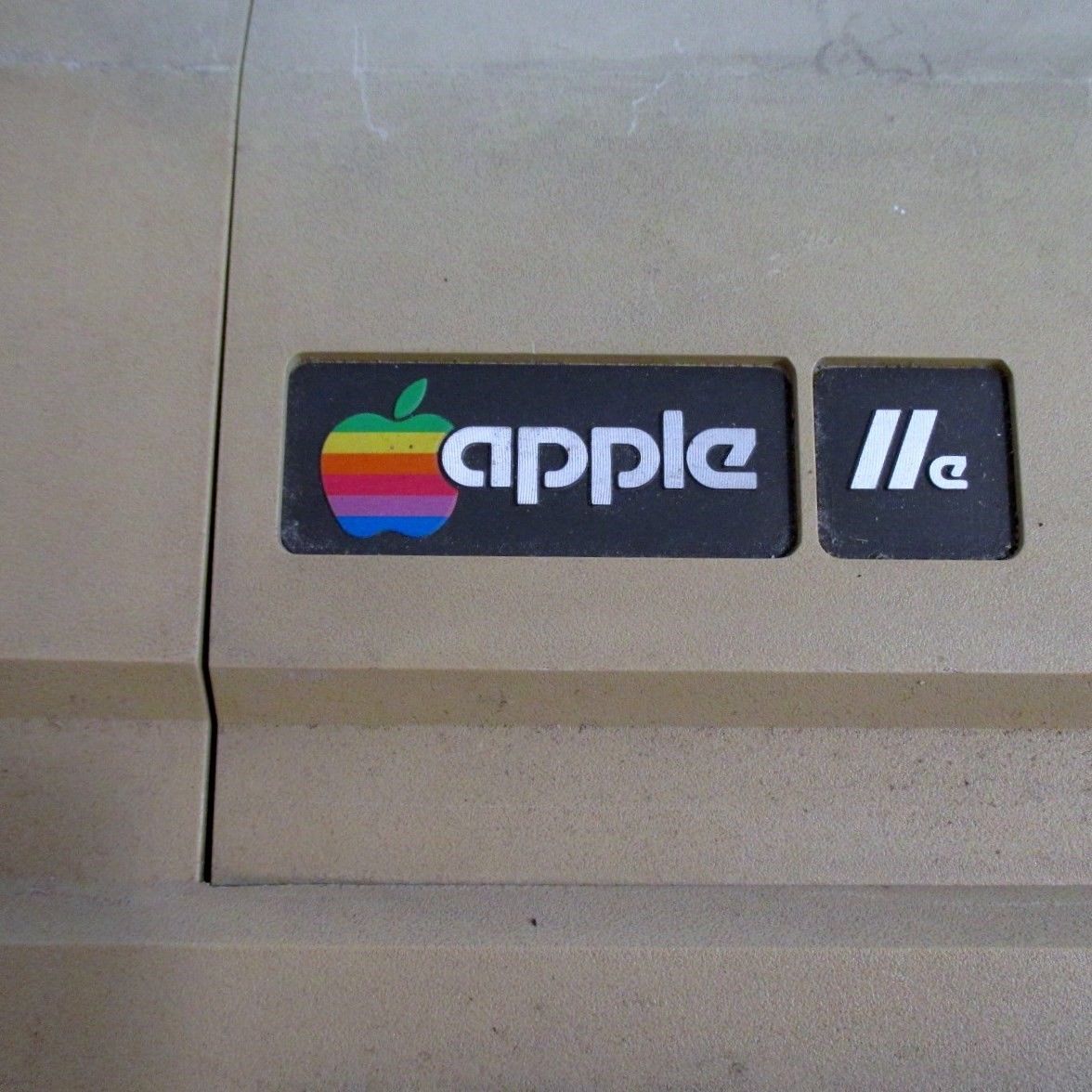 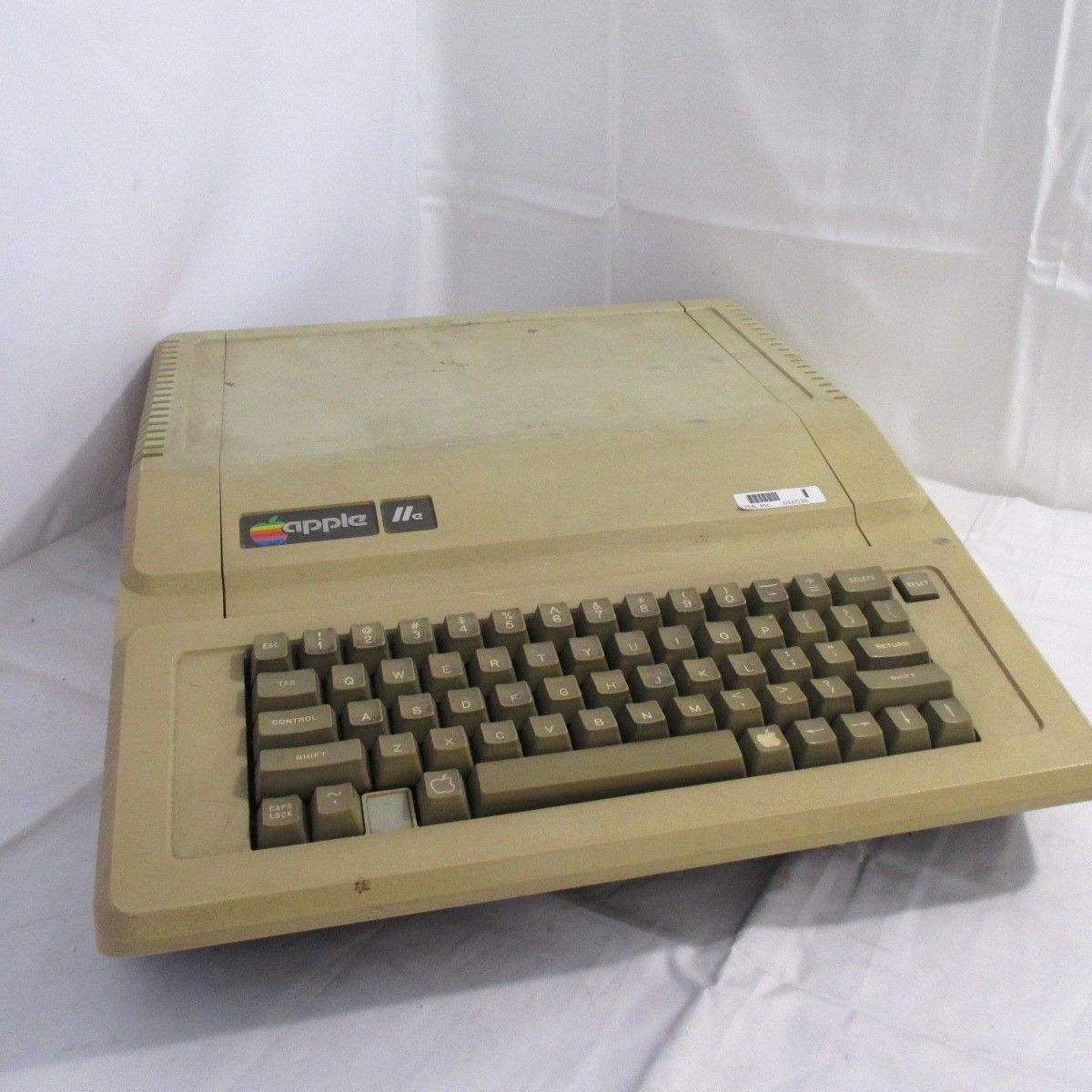 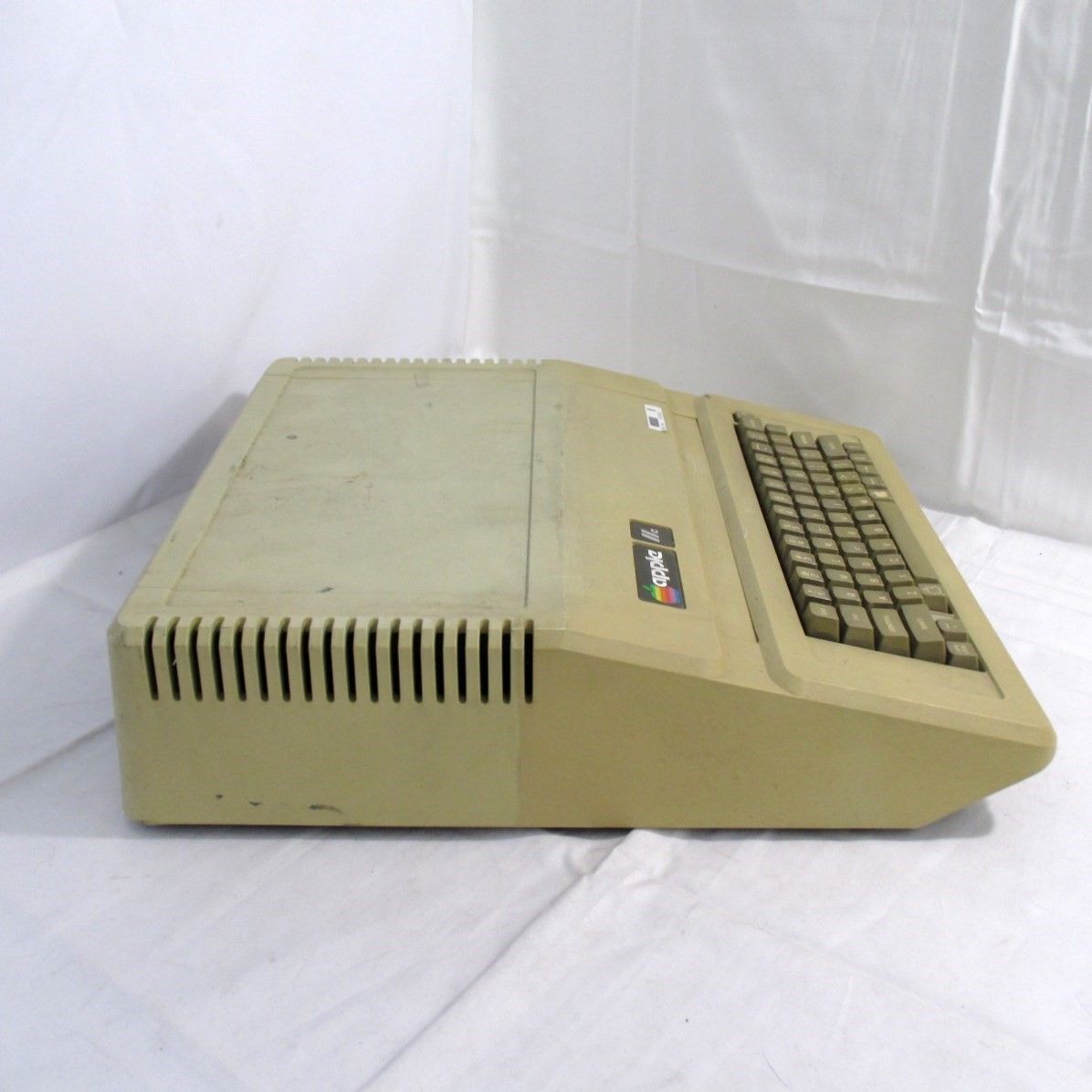 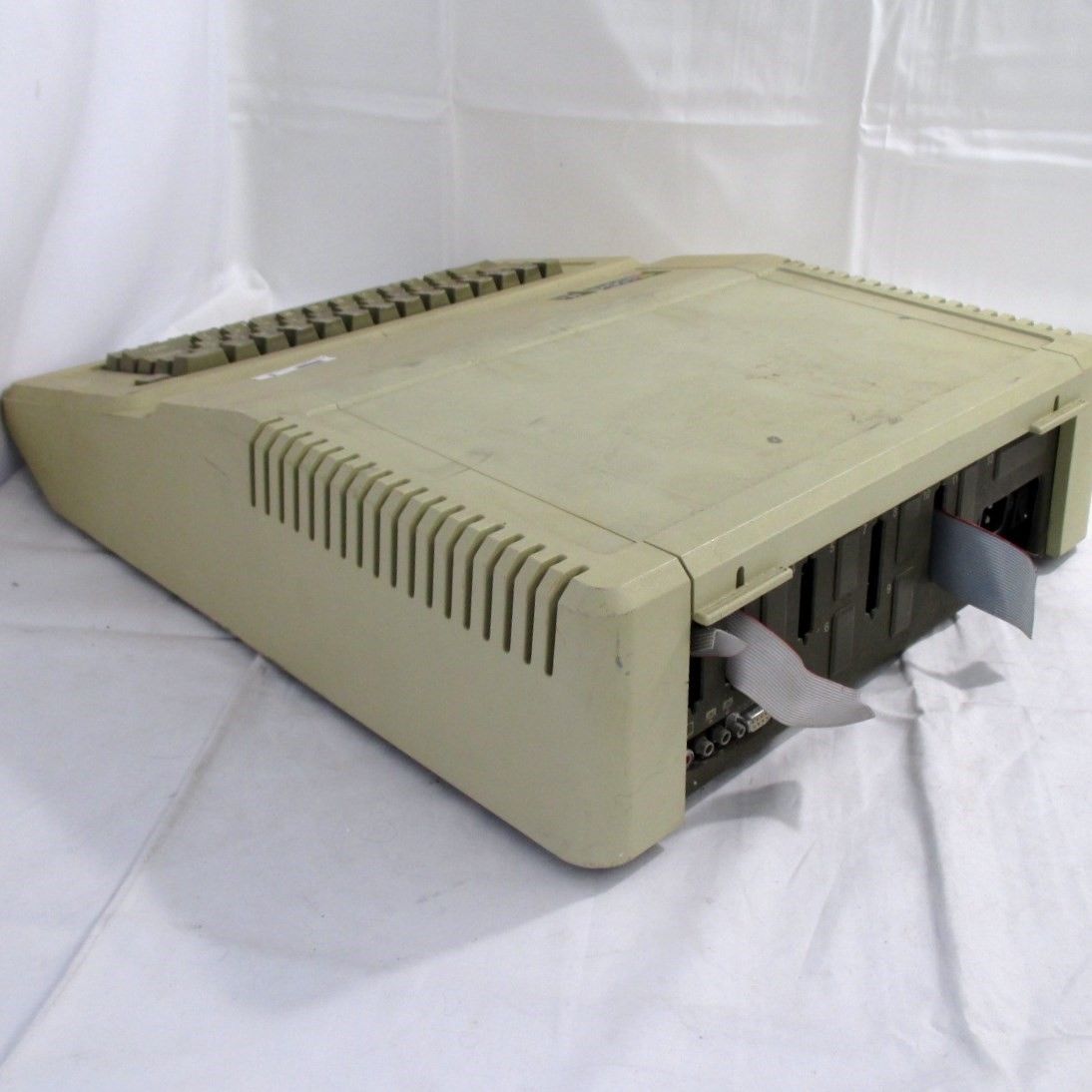 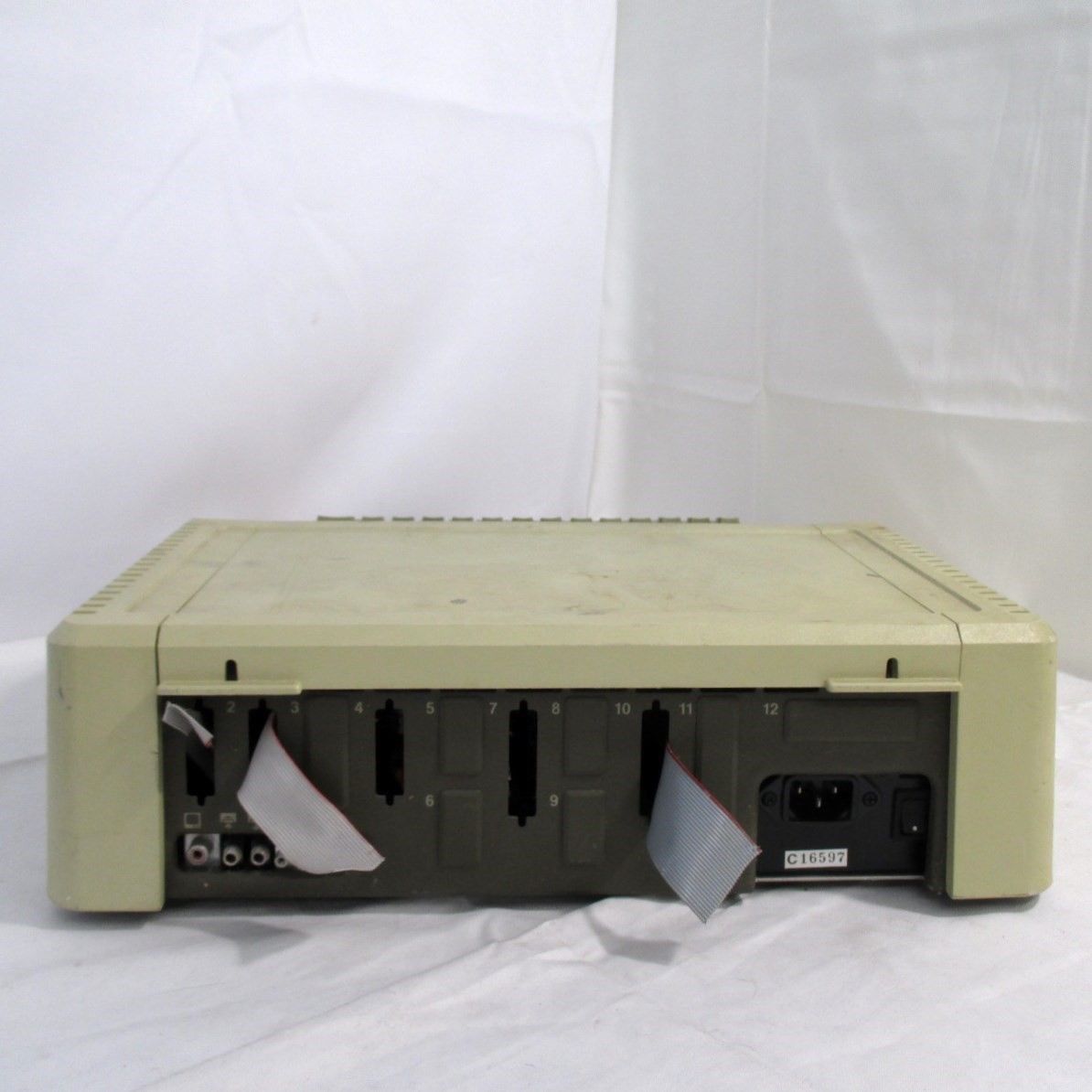 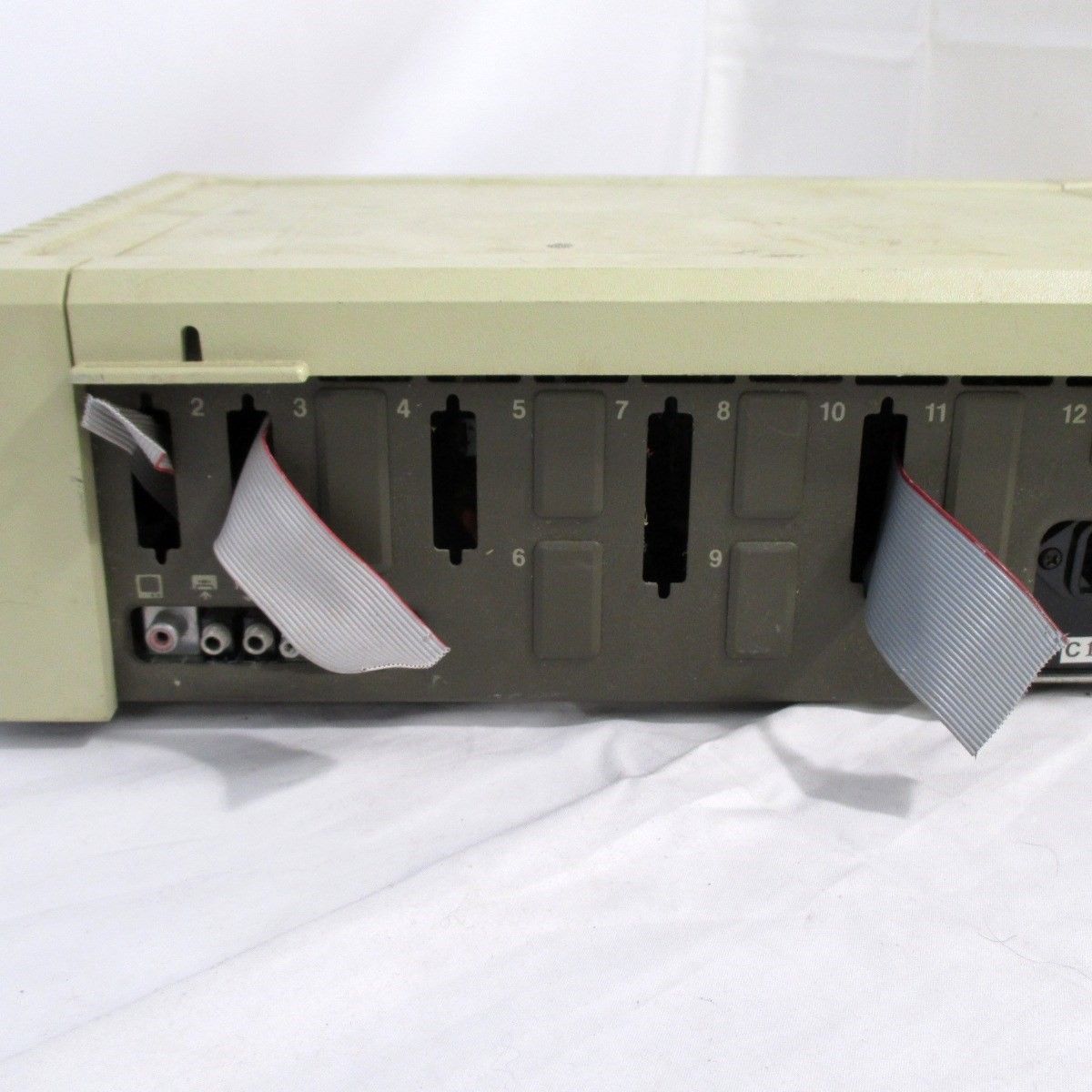 ## The Apple IIe Computer * The Apple IIe was the third model in the Apple II line of personal computers, produced by Apple Computer. * After having sold more than 750,000 Apple II and II+ systems, making it one of the best-selling brands in the global computing market, Apple released an updated version of the II+, the Apple IIe. * The "e" in the name stood for "enhanced", referring to the fact that several popular features were now built-in that were previously only available as third party upgrades and add-ons in earlier models. * The Apple IIe met with very great success and was widely used in schools _(still in use in 2000 in some places)_. * The Apple IIe was replaced with the enhanced Apple IIe in 1985, which had 128k RAM, 32k ROM, improved support for 80-column text and lowercase characters, and was powered by the 65C02 CPU, the same chip used in the Apple IIc. * The Apple IIe is a cost-reduced, _yet more powerful machine,_ that used newer chips to reduce the component count and add new features. * New features include the display of upper and lowercase characters and a standard 64 KB of RAM. * The IIe RAM was configured as if it were a 48K Apple II Plus with a language card. * The machine had no slot 0, but instead had an auxiliary slot that for all practical purposes took the place of slot 3. * The auxiliary slot could accept a 1K memory card to enable the 80-column display. * The auxiliary card used to enable 80-column mode contained only RAM, while the hardware and firmware for the 80-column display mode was built into the Apple IIe ROM. ### Board Revision B * In addition to supporting Double-High-Resolution and Double-Low-Resolution _(560x192 and 80x40 pixels respectively, with 16 colors in each mode; with hi-res effectively 140x192 due to color placement restrictions)_ * Added a special video signal accessible in slot-7.
## The machine has arrived 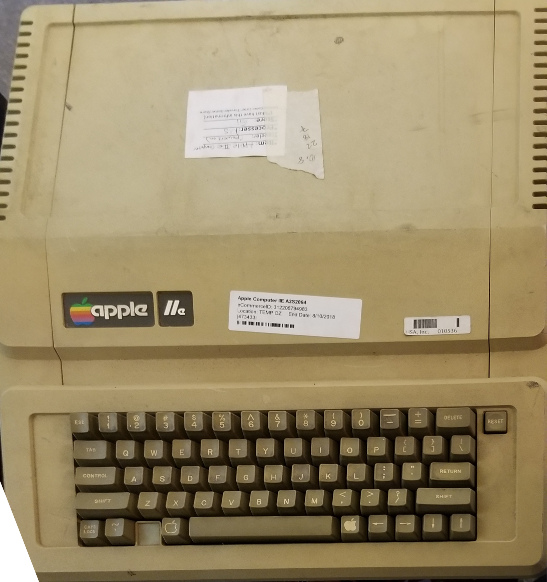 This Apple IIe is pretty dirty.
But there are some ribbon cables trailing out the back of the machine.
What might be inside?

This Apple IIe is pretty dirty.
But there are some ribbon cables trailing out the back of the machine.
What might be inside? 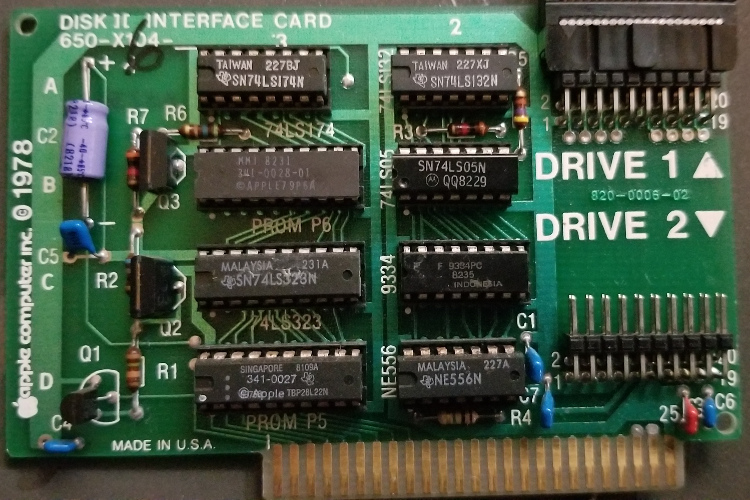 Pretty standard. Most machines would probably have this card.

These CP/M cards go for $60-$120 on eBay, so this card could be resold to cover the cost of the eBay auction.
I've never used CP/M, and don't really have much interest in it. So I'll probably find a way to test the card and then re-sell it. 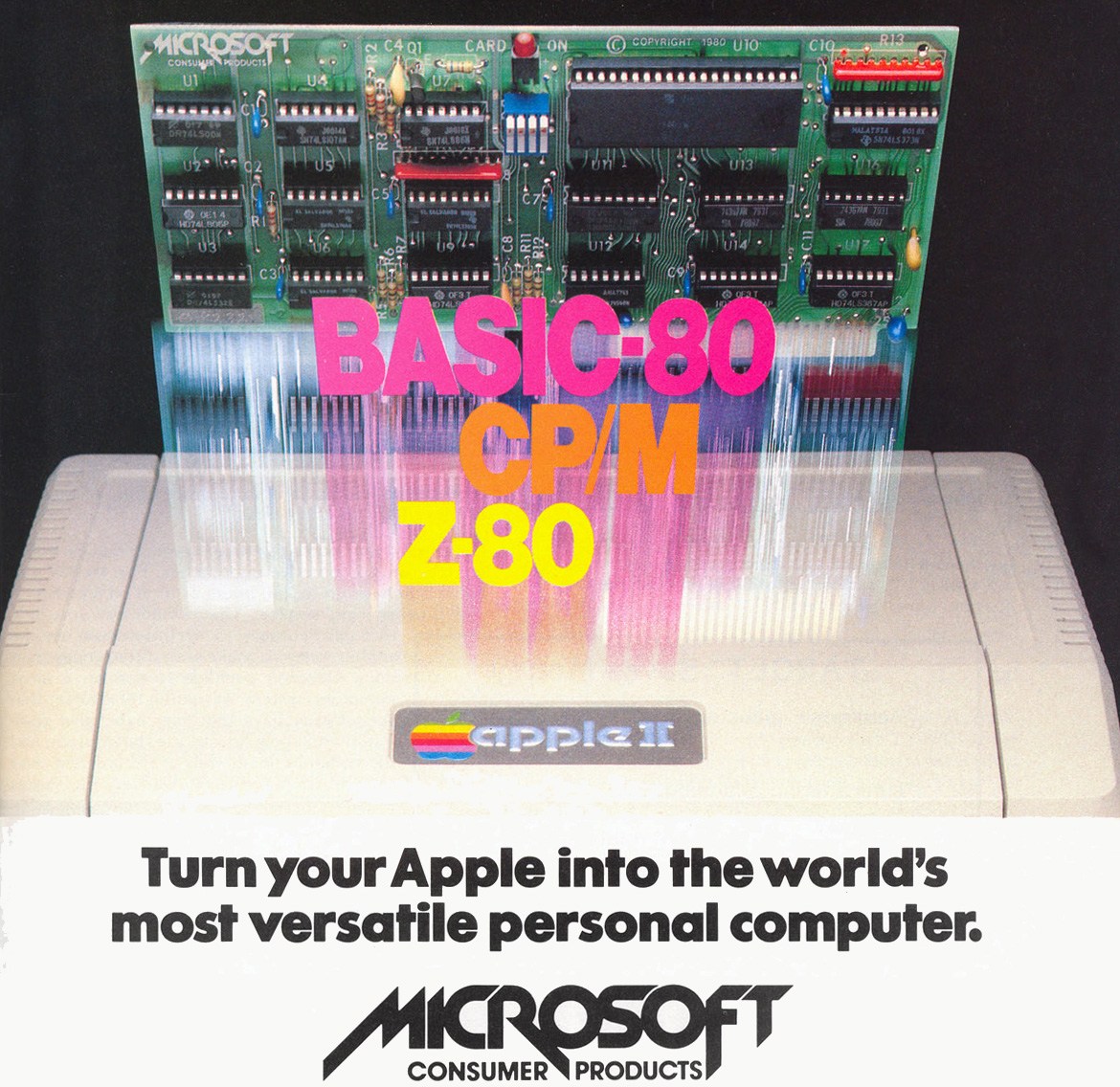 So this is an interesting find. Based on the brochure, I take it this connected the machine to a printer and allowed for printscreens. 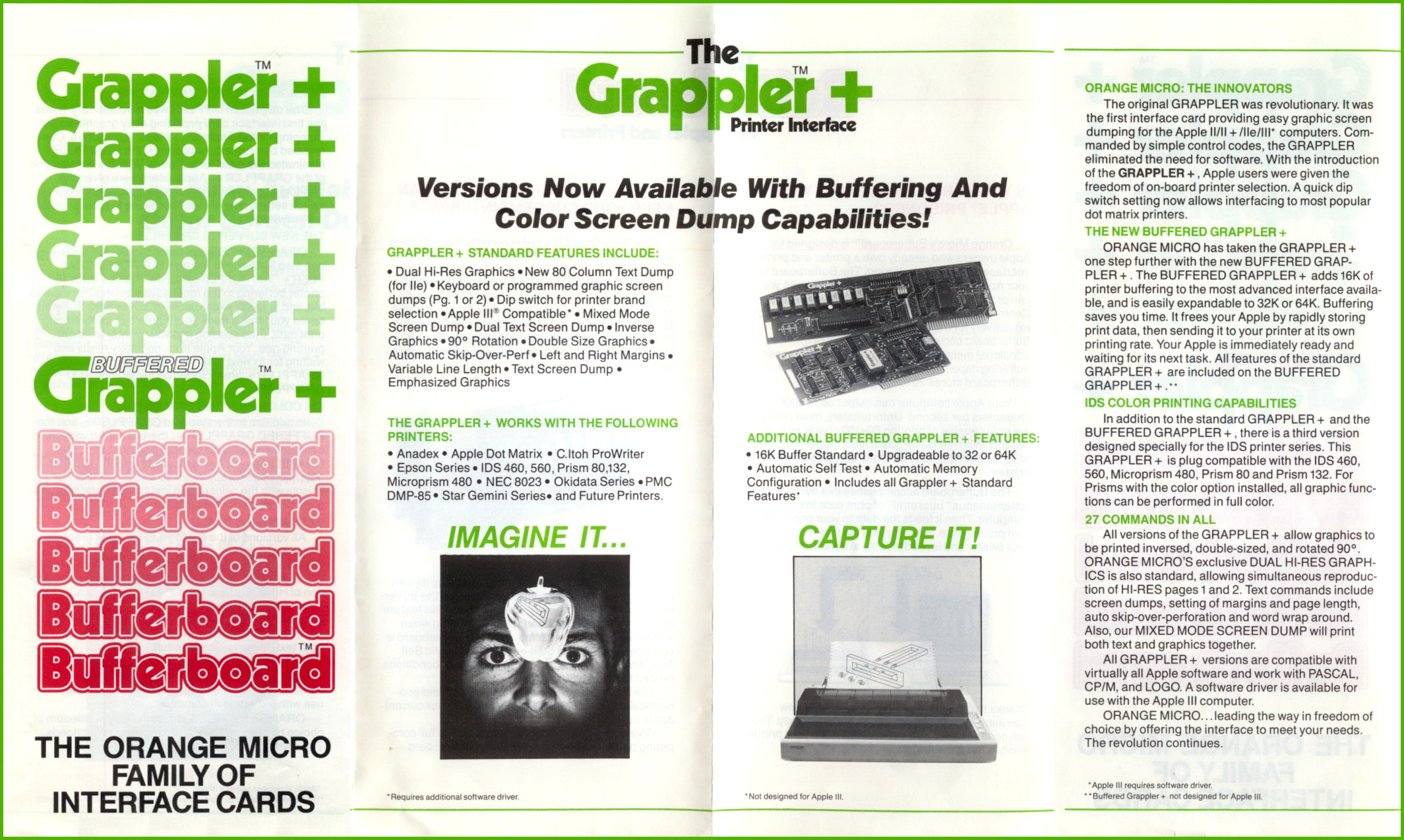 This is a great find. This gem can be used to connect the Apple II to the serial port of a modern computer, including the very exciting Raspberry Pi.
It's a bit of a pain without the connector, but those can be tracked down easily enough.

I'm very excited about this card, which I can use in my Apple IIe Platinum.

But, Does it boot?

The Apple IIe lives!
It boots right up and BASIC works like a boss! 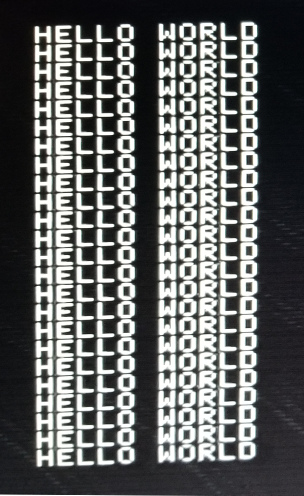 I was able to download a copy of the original Microsoft Softcard manuals and the boot disks from the Asimov FTP, which is really a testament to the completeness of that archive.

The instructions are easy enough: 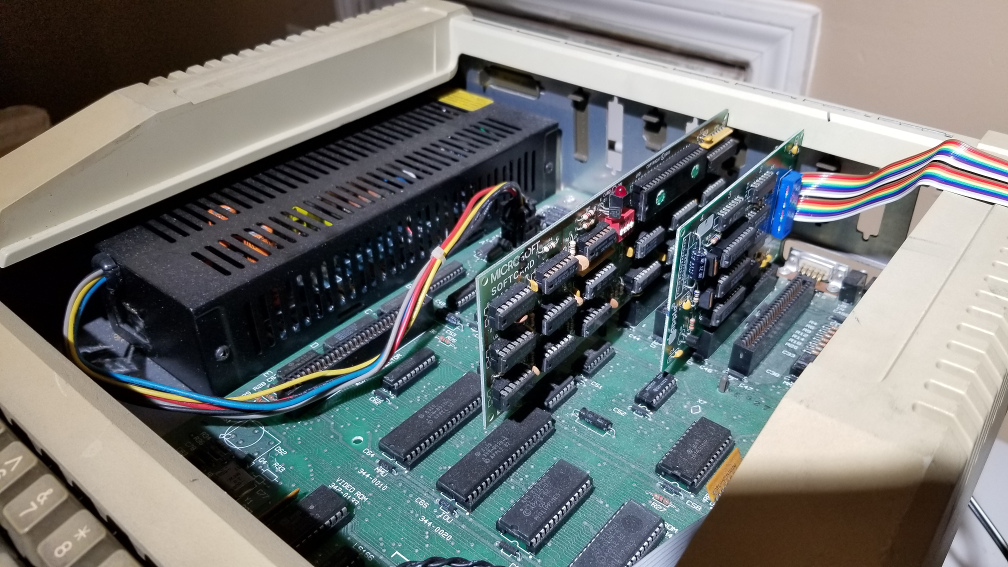 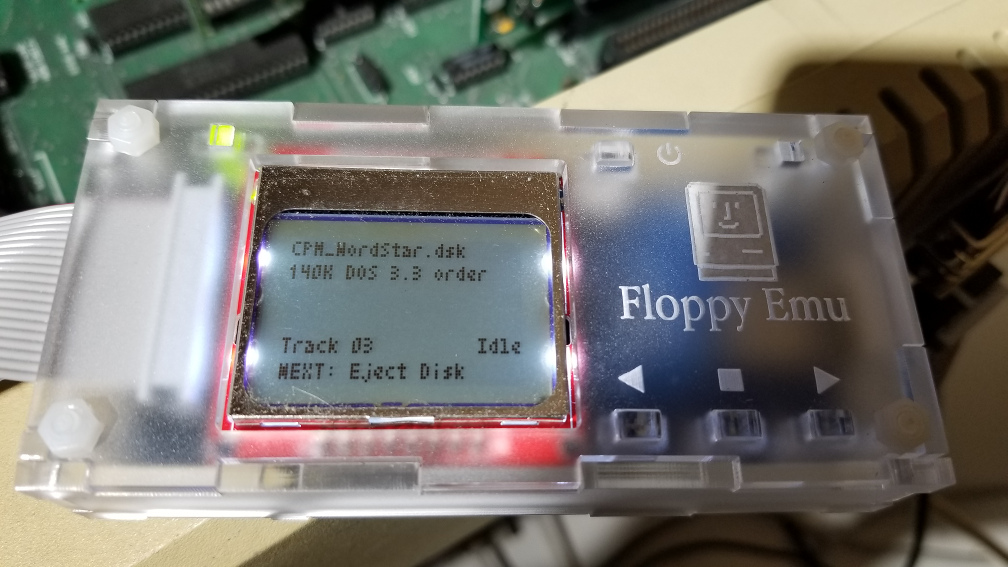 Is the Apple IIe enhanced?

I have always loved that there was an enhanced enhanced Apple II. Just the idea that rather than introduce an Apple II Omega Edition, or something like that, they just created an Enhanced Apple IIe. They could have even called it Apple IIe2 (squared). It really does demonstrate how Apple had abandoned the Apple II produce line and was just keeping it around because people kept buying them.

Lets examine the chips to see what we have right now.

ReActive Micro has a list of known Video ROMs.
This Apple IIe has an unenhanced Video ROM. 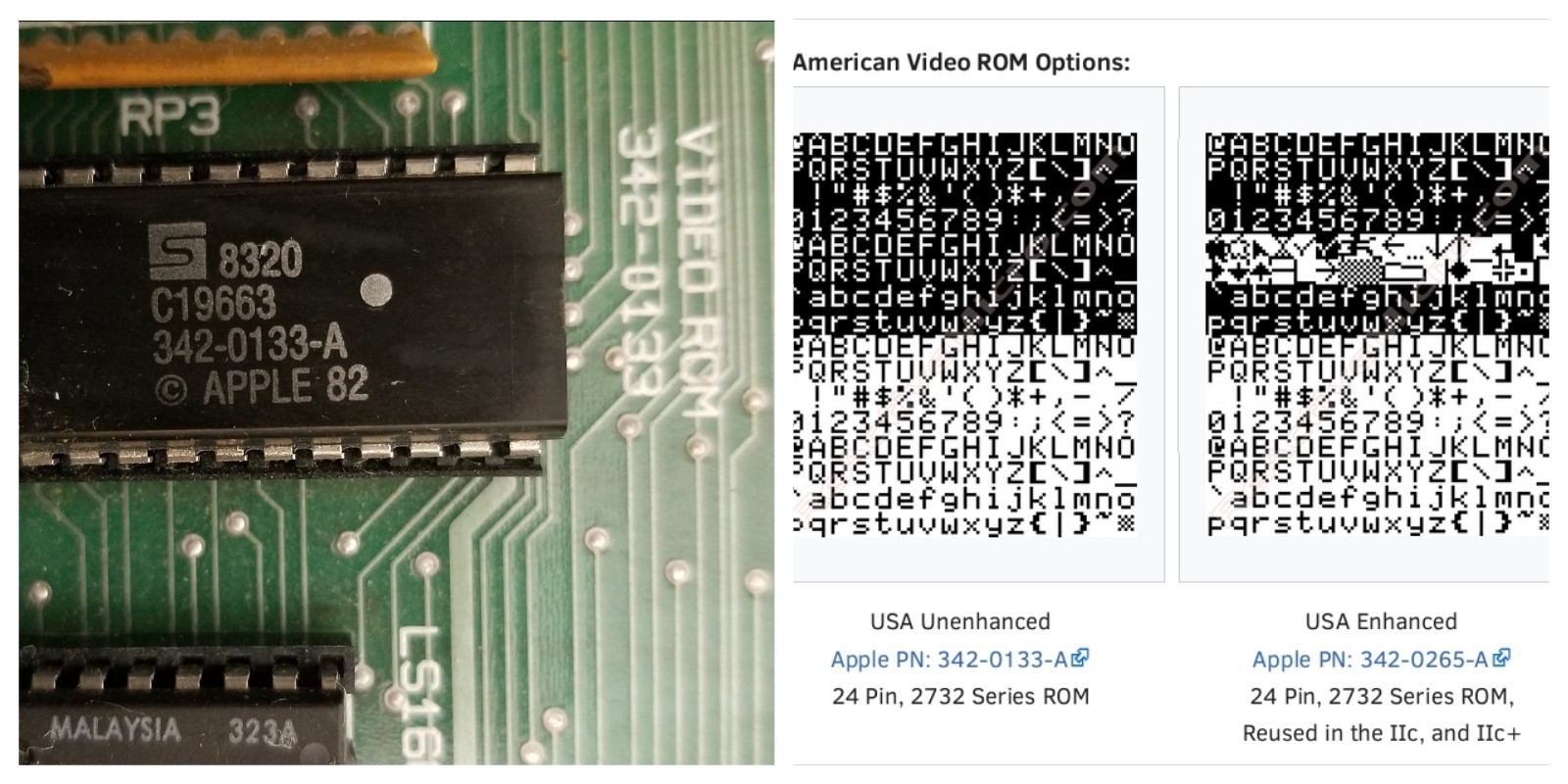 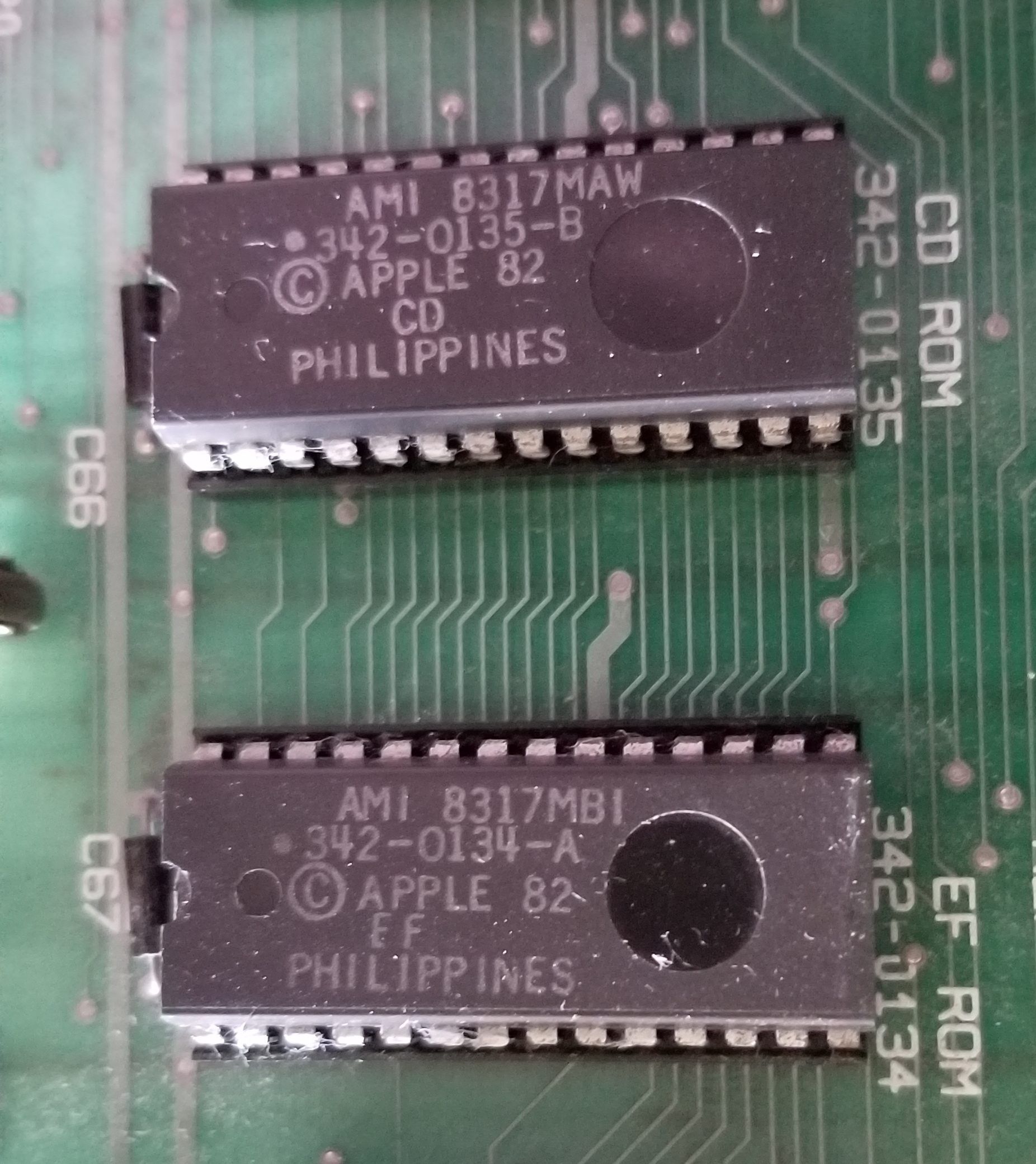 So the Apple IIe I have is definitely in need of enhancement.

There's a pretty sweet Apple IIe enhancement kit available from ReActive Micro for a steal, so I ordered one of those.I also ordered a 64K memory expansion, off eBay, to allow me to use 80 Column mode. 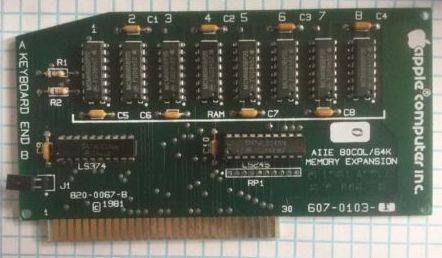 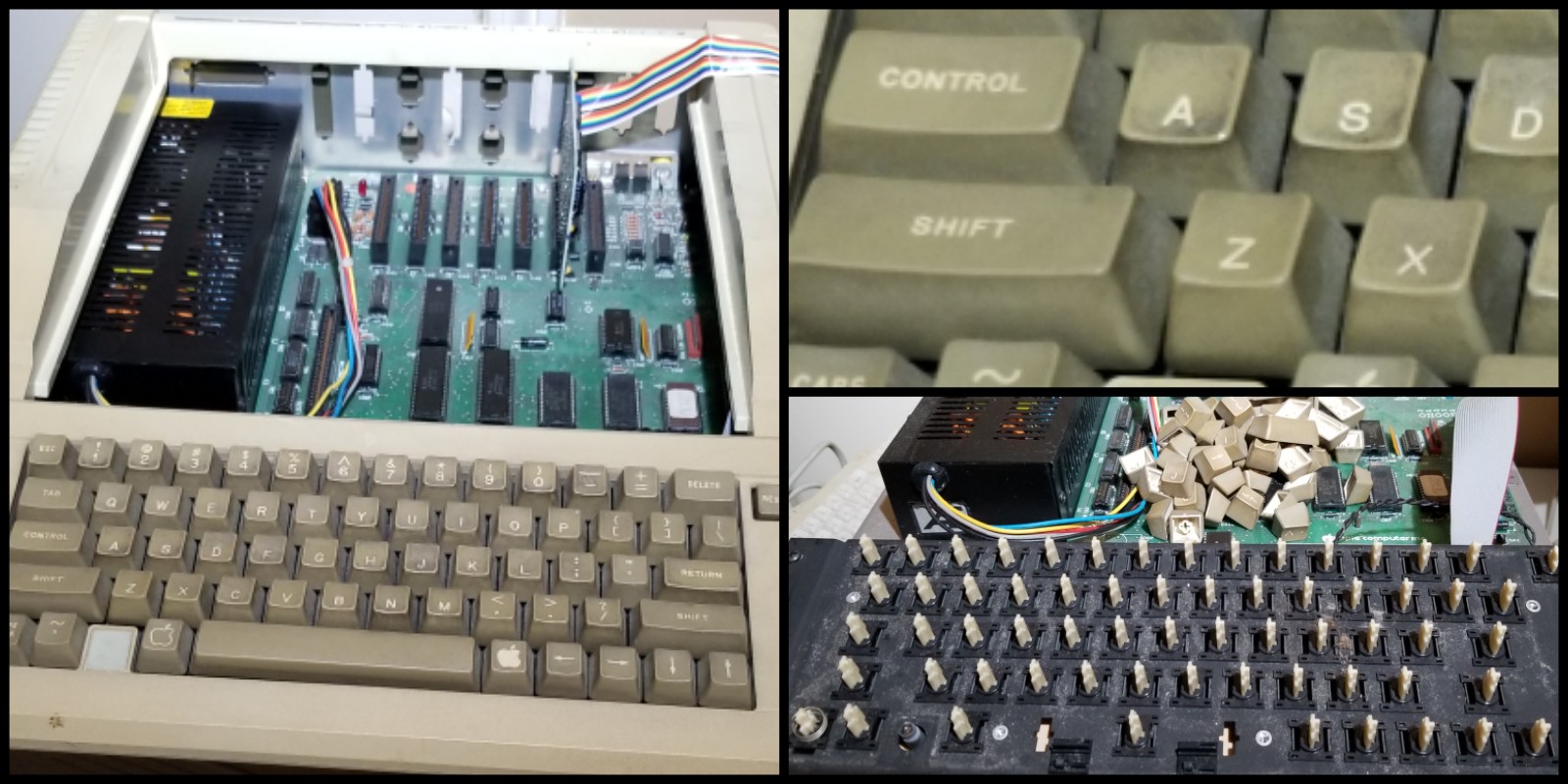 While waiting for the enhancement kit to arrive, I will clean the keyboard.These keys are VERY dirty.I remove all the keys and give the frame and posts a blast with DeOxit. 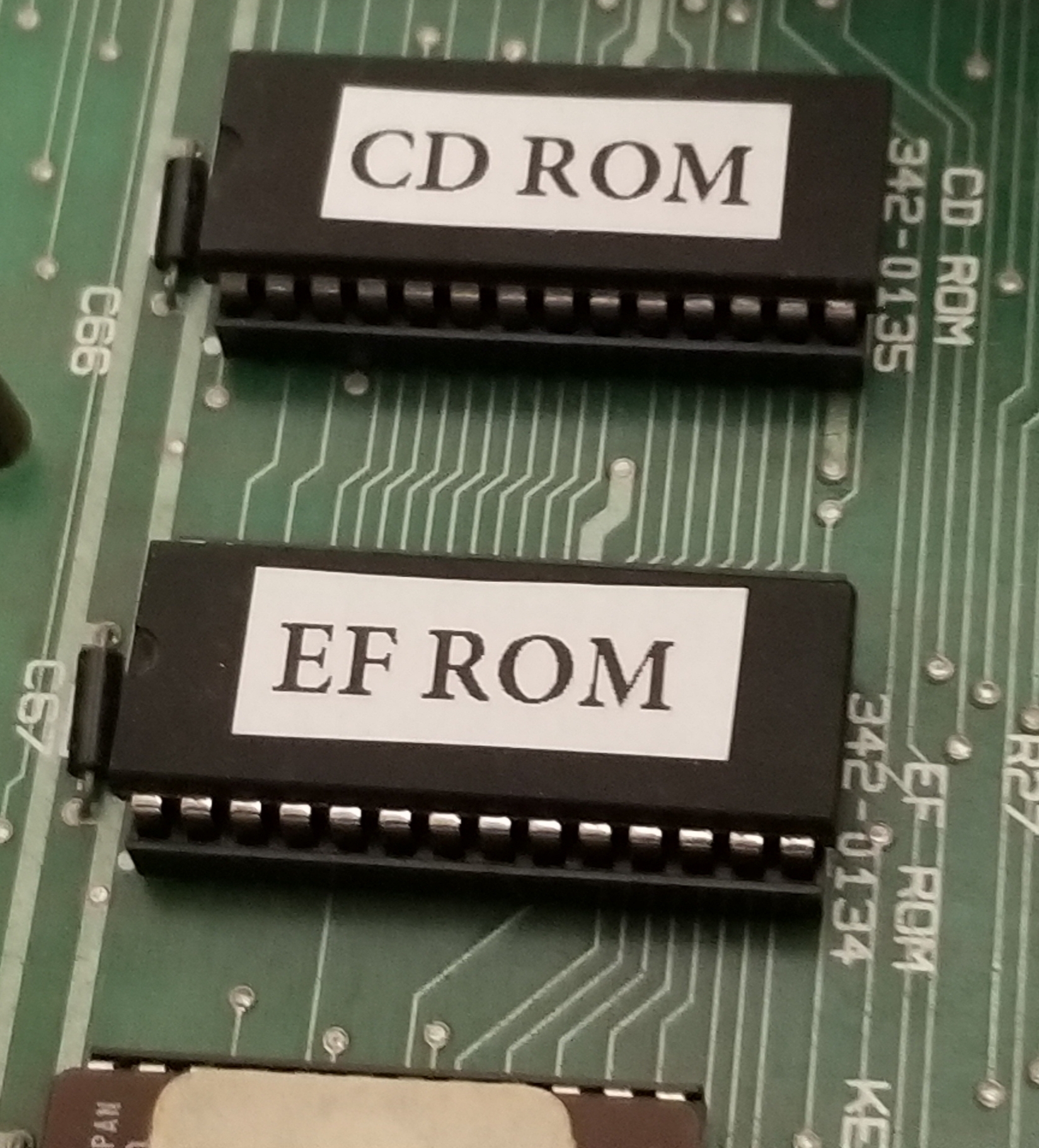