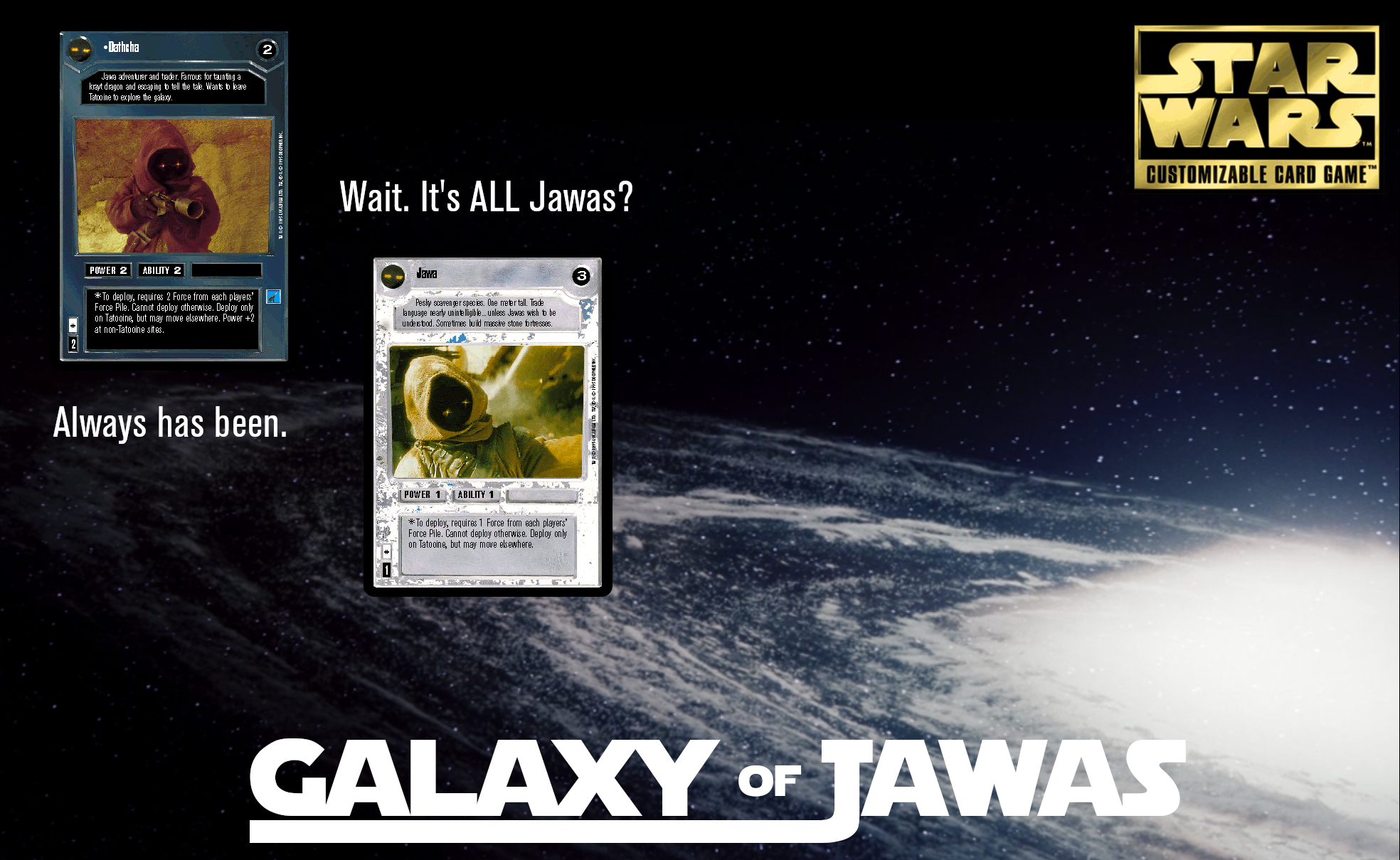 “Galaxy of Jawas” is a game format restricting characters to Jawas and thematically appropriate Droids, Vehicles, Starships, and Weapons.

The “Galaxy of Jawas” game format is simple to play for those of all levels of skill. The restriction to Jawas, and the relative equality of Light and Dark Jawas, creates a balanced game where it is difficult for one side to dominate. There are still opportunities to be clever, such as using Bo Shuda at Audience Chamber in combination with a Jawa holding Luke’s Hunting Rifle, or to move all the Jawas from Tatooine to the Blockade Flagship using Elis Helrot. It’s Jawa vs. Jawa in a game that everybody can enjoy and dive deep on.

During the Covid-19 Pandemic my friend John and I played a weekly SWCCG game. During our weekly game we played several different game archectypes: clones vs. battle droids, the battle of Yavin IV, the battle of Hoth, the asteroid field, cloud city, and the senate. However, our favorite game type came to be what I call “Galaxy of Jawas”, a format where you can play any character you want so long as it is a Jawa or a Droid without presence.

Download these text files and import them in to Gemp to play them.

Tenets (unless you know better ones)

Activating Light Side force for use by the Dark Side